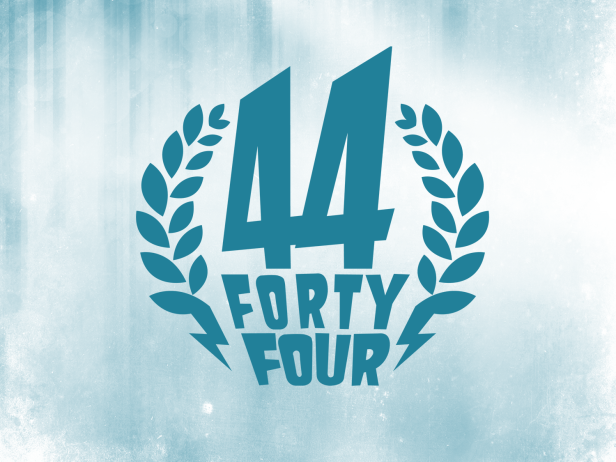 I posted recently in tentative and nuanced support of Rule #44, a proposal by the Commission on the General Conference that would create an alternative process for some legislative proposals.  The controversies surrounding Rule #44 were outlined in my last post.  There are major problems with the plan, but I continue to argue that these can possibly be repaired.

Before Rule #44 can be redeemed, however, three major problems with the Group Discernment Process (GDP) must be corrected:

When faced with a flood of varied data, I tend to see what I want to see.  It is part of my human weakness.  The work of traditional legislative committees at General Conference guard against this human tendency as it is based on votes.  Counting votes is an objective process.  The work of the Facilitation Group is based on impressions, like reading tea leaves.   And there is no guarantee that those making these subjective judgments will be representative of the church.  They will be nominated by  the Council of Bishops, one male and one female from each of the twelve central conferences and jurisdictions.  This list will be winnowed down from 24 to six by the Commission on the General Conference who are given no guidelines as to whom they should select in terms of diversity of opinion (or any other type of diversity).  While I am sure balance would be sought, the final team could be all American, all clergy, all white, or all of a particular ideology.

There is no end to the shenanigans that are possible in this very small Facilitation Group that will take the blizzard of paperwork generated from the small groups and divine the mind of General Conference.  The comment, “Impartiality is important for membership in this group”* is hardly sufficient given the polarized environment in which the group will be operating.  It is possible for the Facilitation Team to produce a piece of legislation and deliver it to the plenary session with a trumpeted “this is what you were saying.”  The new legislation would have the weight of coming from the conference when it really just comes from the Facilitation Team.  There is zero guarantee of transparency in the work of the Facilitation Team.  While each small group member will have the opportunity to review the report of their group, there is no indication that the complete set of data will be open for review by delegates.  The Facilitation Group need not offer any justification for the broad decisions they will be making.

When there is a strong difference of opinion in a legislative committee, a significant minority group is able to take time to craft a minority report.  The new Group Discernment Process does not afford that opportunity.  While the Facilitation Group could elect to draft two opposite proposals into legislation that reflect the different opinions in the room, there is no guarantee that they will do so, or do so well.  They might create, say, an elegantly worded proposal representing one opinion and a poisonously worded proposal representing the other opinion.  We are giving power to the Facilitation Team to speak for us.  The power of voice is tremendously important.

Delegates of similar opinions need to have the opportunity to either caucus together or choose a group they trust to craft the best version of their opinion into legislation. The Facilitation Team could be used to sort through and identify the opinions, but the holders of those opinions should be empowered to speak for themselves.

The plan calls for non-elected monitors from the Commission on the Status and Role of Women (COSROW), General Commission on Religion and Race (GCRR), and JustPeace to “observe the process and signal to the group leader if they observe harmful behavior as determined by the Guidelines for Conversation.” (The guidelines are printed on pgs. 96-101 of the ADCA)  In other words, there will be monitors watching the conversations that happen in the small groups of fifteen delegates.

While there are monitors from GCRR and COSROW that are seated in the legislative committees, this type of policing seems inappropriate to the consensus-building model that the Commission is seeking to foster.  People need to speak their minds.  We are all grown-ups and Christians, elected by our annual conferences as delegates to our church’s highest legislative body.  If someone is offended by someone else’s comments, they need to speak up.  The type of hand-holding proposed for the Group Discernment Process seems unnecessary and potentially stifling to frank conversation.

The simple fix for this problem is to strike everything under Point 5 of Rule #44.

There are two instances when Rule #44 could be invoked, according to p. 45 of the ADCA.  One is when a topic spans more than one section of the Book of Discipline.  This would include major structural proposals that require updates to the constitution and enabling legislation elsewhere.  This, in my opinion, is a good and appropriate use of Rule #44.  The comments from the small groups could be used to refine a single legislative program so that the best version of that program comes to the floor for plenary vote.

The other use of Rule #44 is less appropriate:  “a topic that would benefit from as many voices as possible.”  This phrase is much too vague to be helpful.  The Commission on the General Conference has sent a major signal as to what they think this means by producing a list of petitions they have identified for group discernment.  These are printed starting on p. 1187 of the ADCA and I count around a hundred of them, all having to do in some way with the topic of homosexuality.  This means that no legislative committee will deal with human sexuality.  All our sub-plenary conversations on the topic of homosexuality will happen in the Group Discernment Process filtered exclusively through the Facilitation Group.  This should give us pause.

None of these proposals chosen by the Commission for the Group Discernment Process affects more than one part of the Discipline or are so complex that they could not be handled in committee.  The petitions range widely and all deal with the topic of homosexuality.  The result from the Group Discernment Process, therefore, are completely predictable.  There are going to be a flood of disparate opinions.  There will be no consensus.   A group of six people will nevertheless write legislative proposals based on what they are hearing that will make it to the floor of General Conference for plenary vote.  They have the power to kill any petition they feel does not capture the spirit of what they are hearing from the Group Discernment Process.  The authority to substitute one petition for another is sweeping authority to be granted to a very small group that may not be representative of the church.

Rule #44, in my opinion, should not be used for any of the 100 petitions currently on the list.  In fact, I only see two groups of petitions where the Group Discernment Process would be appropriate and neither of them is presently included.  One is the work of the Northeastern Jurisdiction’s Global Structure Taskforce.  The other are my own Jurisdictional Solutions.  Both these structural proposals for the UMC would change the conversation on homosexuality by making structural changes to the UMC.  Both affect multiple sections of the Book of Discipline and would otherwise have their various pieces farmed out to various legislative committees.  Without being considered as a whole, these big idea proposals are all but incoherent.  I support Rule #44 for these legislative programs and these programs alone.

Rule #44 has major, inherent, and nearly fatal flaws.  These flaws are redeemable if the rule is used only to perfect big-picture legislative programs that affect multiple disciplinary paragraphs.  It should not be used to jumble together all the petitions about sex coming before General Conference so that a group of six people can read the tea leaves according to their own bias.  (We are all biased.)

I applaud the Commission for working to develop an alternative process that might be helpful in specific instances.  Limited, successful use of Rule #44 can help us build trust in the process for the future.  Use of Rule #44 to create a dramatic swing in our stance on human sexuality could trigger a major fracturing of the church.  Let’s fix Rule #44 and use it very cautiously and judiciously.

*See Page 95 of the Advance Daily Christian Advocate.  The legislation enabling Rule #44 is on page 93-95.