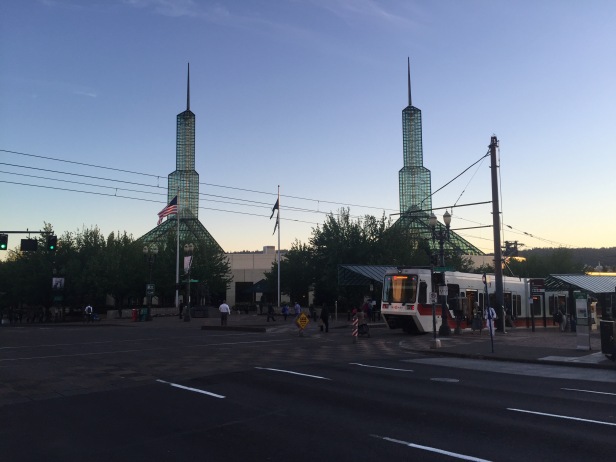 Adam Hamilton posted a recent blog suggesting five things General Conference 2016 might do with our language about homosexuality in our Book of Discipline.  I appreciate Adam’s leadership and the respectful and measured way he communicates.  He has personally shown me grace in spite of the fact that I have vocally disagreed with pretty much everything he has said on this topic over the past couple years.  I’ll need to ask for more grace as these disagreements continue.

Adam’s statement was released as 111 United Methodist pastors and ministry candidates “came out of the closet” in a statement published by Reconciling Ministries.  I don’t speak for traditionalists in our church, but I count myself among their number.  Speaking only for myself, it seems we have come to the end of something.  What is next is not clear.  I do not share the naive hope of some that the genie will ever go back inside the bottle.  I am also not for further schism. But I would feel forced out of a church where the orthodox view of human sexuality was allowed to be crowded out by an increasingly secular mindset.

I have written the 3.0 Love Alike Legislation which I feel represents the best approach for our divided church given the place we find ourselves.  No solution is better than genuine unity.  The Love Alike Plan, I feel, is better than schism.  It is a hybrid of many other proposals, including Adam’s.  It is unique as it is the only structural solution that does not require constitutional amendments.  It could be enacted by a simple majority at General Conference.

Here are Five Quick Points in response to Adam’s suggestions:

Suggestion #1:  State how deeply divided we are.

A statement about how we disagree has been suggested for the past two General Conferences and has been rejected.  It was voted down not because it was untrue.  Of course, we do disagree.  It was rejected because it didn’t say what we were going to do about it.  Stating our disagreement without defining the implications of that lets everyone make up their own. This might be fine if we trusted one another.  But our system has recently graduated from low-trust to almost no-trust.   I will be voting against any half measures like this because they move us away from a real solution that can restore integrity to our church.

Suggestion #2:  Change the word “incompatible” with something else.

Instead of stating that homosexual practice is “incompatible” with Christian teaching, Adam suggests we say, “United Methodists are deeply divided on the issue of homosexuality, but at this time a simple majority of General Conference delegates hold that same gender sexual relations are not God’s intended will for human sexuality.”  This is asking the church to concede that our opinions are merely our personal preference that we happen  to hold at this time, without any reference to centuries of established biblical interpretation. If this saves insult to a few (which I don’t believe it does) it does so by offending the majority.  Our position on homosexuality is the same as that of churches representing 95% of Christians worldwide. Adam’s language reduces it to something that might be said by The Dude Lebowski:  “But that’s just, like, our opinion, man.”  I would rather say nothing than say this.

Clergy are accountable to the rules of the denomination and are not bound by local church policies.  A United Methodist congregation should not have same sex weddings at their altar if they feel this violates the scriptures.  This rule change would make laity helpless if they want the BOD followed in their church.

A U.S. Central Conference, if such a thing could exist under our present polity (which it can’t without major constitutional amendments) would be as conflicted as General Conference.  This would not solve anything.  I feel that many Amercians don’t really understand what a central conference is and does.  See my posts here and here.

Suggestion #5:  Stop trying to set wedding policies for every church and clergy.

See #3.  If the denomination does not impose discipline on the clergy, individual churches are powerless to do so.  Our clergy are often more progressive than the congregations they serve.  Removing standards seriously disempowers laity who want to live in harmony with our covenant.

I encourage everyone to read the Love Alike Plan.  It accomplishes some of the liberties Adam seeks to create without forcing changes on the global church that simply do not fit in most parts of our church.