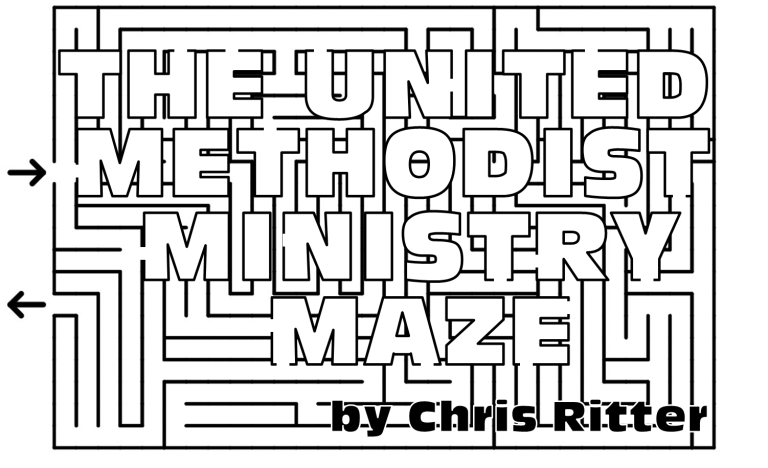 United Methodists have been commissioning studies of ministry for as long as our denomination has existed and those commissions have suggested regular tweaks to our system of licensing, commissioning, and ordaining leaders.   Anyone who has ever served on a Board of Ordained Ministry or District Committee on Ministry has become accustomed to asking candidates: “What Book of Discipline are you under?”

I just read through the report to 2016 General Conference of the Commission for the Study of Ministry.  The commission notes the curious nature of our United Methodist system that relies so heavily on non-ordained people exercising sacramental authority.  One solution to correct this anomaly is a recommendation to make ordination come earlier in the process,  the point where we now commission people for ministry.  They seem to want a stronger tie between sacramental authority (a term they dislike) and ordination.

If the commission’s recommendations tie ordination more closely with the sacraments, they are also de-coupling it from any sense of permanence.  They note that UM pastors are asked to surrender their credentials all the time.  If ordination is earlier, it is also readily revocable should full conference membership not be extended.  Security of appointment is tied to conference membership, not ordination.  If the right to exercise the authority granted at ordination is situational, one wonders how this differs from licensing.  I see this as a weakness of the proposal.

Another major change suggested by the report is to eliminate the minimum age for pursuing licensed ministry.  People younger than forty would now have the option of pursing the local pastor track.  The commission recommends that Course of Study be transformed.  Any references to it being a five-year program are stricken from the Discipline.  The report prescribes the creation of a bachelor’s level equivalent to Course of Study (I like this idea).  One wonders, given the high cost and sometimes questionable ecclesial value of graduate-level theological education, if the category of Local Pastor will become the normative clergy status in the UMC.  While I would welcome this, it might run counter to the commission’s goal of better coupling sacraments to the act of ordination.

There is a strong emphasis in the report on continuing formation.  Participation in clergy covenant groups would become required.  Every eight years, clergy would undergo an in-depth assessment process that would include peer evaluation and career analysis. They would also like to see a cleaner line between the new category of Lay Servant Ministry and the various forms of ordained/licensed ministry.  The report recommends that lay servant ministers report to a Board of Laity rather than the district committees on ordained ministry.

Bishops would have permission to extend sacramental rights to deacons at their own discretion.  The commission questions the logic of providing ongoing clergy leadership to extremely small, “single-generation” congregations.  They encourage these churches to more readily “pass their baton.”

The commission’s recommendations are sweeping enough to warrant striking all existing language about our process for creating clergy and replacing them with brand new paragraphs. There is noticeable absence in the report, however, of any recommendations around the issue of guaranteed appointments.   I assume they took 2012’s Judicial Council Decision 1226 as strong affirmation of the constitutional right of full clergy members to security of appointment based on the Restrictive Rules protecting due process and our historic plan of itinerant superintendency.  The Judicial Council’s decision ensconces guaranteed appointments in the most unalterable sections of our constitution.

As usual, I have a proposed solution.

My Organic Jurisdictional Solution (OJS) was drafted as a moderate, fair, and amicable means to peace in the UMC over issues of human sexuality.  I think it achieves this basic aim well.  It also, however, provides additional benefits to the church.  Not the least of these of these is addressing the issue of guaranteed appointments without violating our constitution.   Hang with me for a moment.

The basis of the plan is that U.S. jurisdictional conferences would be allowed to adapt the ministry rules found in the Book of Discipline with a 2/3 majority vote (including chargeable offenses).  These adaptations could be to the left, right, in-between, or none at all.  Annual conferences, however, could quadrennially join any jurisdiction they wish, making our jurisdictional conferences fluid and non-geographic in nature.  Local churches that dissent from the direction of their annual conference are protected through a provision that would allow them to join whatever United Methodist annual conference might be willing to provide them supervision  (There are rules in place that would govern this process and soften the economic blow to conferences.)

Jurisdictions are basically a group of annual conferences led by a particular team of United Methodist bishops.  Annual conferences are a group of congregations served by a particular team of clergy.  Under the OJS, both these judicatory structures would be freed from the constraints of geography, allowing our denomination to organically and gradually re-organize itself under ministry covenants and clergy leadership that best enables mission.  While there will be winners and losers as churches exit conferences and conferences exit jurisdictions, we need to remember that conferences and jurisdictions will be discontinued regardless due to our current demographic trends.  The OJS simply insures that the structures that are discontinued are the ones that no longer meet the needs of congregations and conferences.

Conferences that are losing congregations will find themselves with a surplus of clergy and will be forced to eliminate some through the means presently available; that is, putting ineffective pastors on trial for being ineffective or otherwise helping them transform or choose another path.  This does not happen much now because it is unpleasant and there is a burden on the conference of due process.  It would happen more under the OJS because conferences would have a larger incentive to maintain the most effective clergy pool possible.

I anticipate that multiple annual conference options would tend to develop  in those places where it would prove helpful to ministry.  Current geographic annual conference lines sometimes discourage UM pastors that serve the same metropolitan area from working closely together.  Under the OJS, conferences would be free to specialize in urban, rural, or other types of ministry and recruit/train/deploy clergy accordingly.  I see the OJS as vastly preferable to merging dying geographic conference, a process that has never yielded a demographic turnaround and is currently our only strategy for addressing decline on the conference level.

I applaud the Commission for the Study of Ministry for their work in making United Methodist ministry more attainable for those seeking to enter.  General Conference, however, must not give up finding ways to encourage the transformation or exit of those who become ineffective in leading the mission of the church.  As a GC delegate, I hope we put the needs of the local church front and center in our debates about the future shape of licensed, commissioned, and ordained ministry in the UMC.

You can read more about my thoughts on achieving amicable unity in the UMC and all three versions of the Jurisdictional Solution by clicking here.  I would love to hear your thoughts.