Note:  This is a re-working of a May 18 article released under a different title.  I share this new version to forward the ongoing conversation about the “Next Methodism” and describe the challenges facing our Commission on a Way Forward.

Ever been to America?   It is a cluster of perhaps a dozen houses in the extreme southern tip of Illinois.  I grew up not far from there and often wondered how “America” ever seemed like an appropriate name for a town.  The (possibly apocryphal) backstory of this bucolic backwater was recently shared by a friend.  It is said that “America” was founded not long after Washington D.C. was burned by the British in the War of 1812.  Some postulated that our nation needed a new capitol and that it should be located in the geographic center.  “America” happened to be the dead center of the new national map when the new Louisiana Purchase was factored in.  The settlers gave their town the grandiose name as they dreamed of being the new political hub with all the power and influence that entailed.

Visit America now, and you will chuckle at their naive hubris.  Sometimes the center is not the center.

There is a good bit of debate these days about what constitutes the center of the United Methodist Church.  If there is a middle, most Methodists want to be in it.  So we paint the “other guys” as extreme.  Take, for instance, the talking points of the American centrists.  I have great respect for many of these folks.  Names like Adam Hamilton, Jim Harnish and Tom Berlin represent a group that wish to capture the future for what they perceive as the wide center of the American UMC.  Their talking points go something like this:

“United Methodists are moderate, reasonable folks who are able to bridge the cultural divides that bedevil our American Culture.  We are warm-hearted people more concerned about making the world a better place than staking out partisan positions.

Lately, the unity of our beloved denomination has been threatened through polarizing language about human sexuality.  A few partisans on each side of this conversation are making too much out of something that is not core to our identity as Methodists. 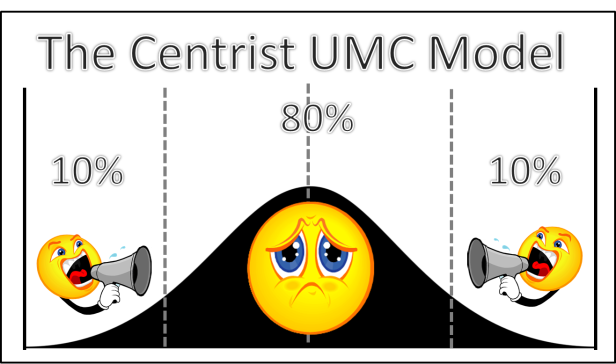 The venom and vitriol in our denomination has reached a critical point and schism is imminent.  It is time for cooler heads to step forward and lead.  The denomination should be divided into three categories:  (1) One that prohibits same sex marriage, (2) One that guarantees the right to same sex marriage, and (3) one middle group that can tolerate local differences on these matters. 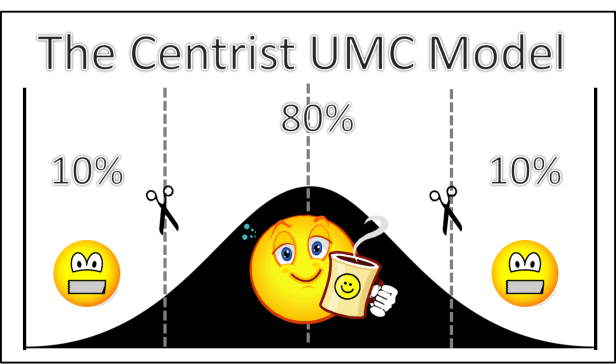 We predict that once this solution is enacted, peace will return to the UMC and we can get on with the business of ministry.  Please sign up with our peace-loving majority coalition of compatiblists.”

This argument resonates with some in the U.S. because it matches their experience of United Methodism.   (David Watson offers a thoughtful critique of the perceived UM “quiet center” in a recent post.)

I have every reason to believe that American Centrist leaders love, honor, celebrate, and respect United Methodism overseas.  This fact makes it particularly perplexing that the Centrist demographic model leaves out the Global Church.  The UMC described by them is certainly not the church that shows up to vote at General Conference.  The American Middle is not the statistical average, median, or mode of the UMC.  And we are melting steadily with a “death tsunami” on the horizon.

There are roughly 7 million United Methodists in the U.S. and 5.6 million abroad.  (These numbers are outdated, but are the ones published by GCFA Data Services.)  At current rates of U.S. decline and global growth, those numbers will soon flip and American UM’s will be in the minority.  Global growth could be celebrated by all were it not for the fact that the vast majority of central conference UM’s hold a view of marriage/sexuality at odds with the Progressive vision.  The question currently being asked by Centrists is whether they can segregate out the Global South from decisions affecting the U.S. or if it is already too late.  Either way, 2019 is their only shot.

When you hear about efforts to build a majority coalition of American compatiblists (people who are OK with more than one official view of human sexuality going forth under the banner of United Methodism), know that three essential divisions would need to be made to bring this about.  First, of course, there would be an effort to divide off American Traditionalist Evangelicals.  That might actually be the easiest step because many of these would be happy to end the fighting and have their own compartment.

The second cut would be to segregate out the most strident of the Progressives who will not allow any conference or church to be less than completely embracing of sexual diversity.  Here the American Middle would have a fight on their hands.  Strident Progressives are not going to willingly isolate themselves in an ideological ghetto when their desire is to change the entire church.  After all, the reforms Progressive American Centrists want are nearly identical to the changes championed by the more strident Progressives… just enough loosening of our rules to keep their cause marching forward.  Leaving these uber-Progressives in while cutting off Traditionalists would slingshot the American Middle to the left much more quickly than would be comfortable.  Many Centrists I know wince as they imagine living in something resembling the Western Jurisdiction.  With Traditionalists gone, that would quickly be the new reality.

The final division that must be made in order to realize the Centrist vision is to cut off the Global Church from decisions that affect U.S. Centrists.  This is trickier still.  But when you need to keep large numbers of poor people from voting, there are some time-tested ways of doing so.  One is limiting the privilege to those paying into the system (think poll taxes and restricting voting rights to land owners).  Another way to keep poor people from voting is by placing them in a “separate but equal” structure (think Apartheid and the Central Jurisdiction).  The slide below shows that both of these ideas are alive and well in some UM circles.

“Don’t They Have Their Own Discipline?”

It seems that the “othering” of  Central Conference United Methodists is a necessary step toward gerrymandering a “Local Option” governing majority in the American UMC.  The numbers don’t work any other way.   There is a good amount of misinformation out there about the Central Conferences of the Global South, the only segment of the United Methodist Church that is actually growing.

The U.S. was not too worried about diversity of approach when we mandated the central conferences to accept female clergy in the 1950’s and 1960’s… a time before most overseas felt ready to do so (see Judicial Council Decisions 142, 147, 155).  At the time, the global church only had token representation at General Conference, but we told them that uniformity of approach was good for the whole church and the right thing to do… everywhere.   We don’t mind having only one set of rules as long as we are the ones with the privilege of making them.  The tables are starting to turn.

Now that African & Asian delegates actually have a more proportional seat at the table and help us make the rules, some in the U.S. are making the case that we can’t expect UM’s from across the globe to be bound by the same standards.   “They can have rules relevant to their culture.  We need rules that are relevant to our culture.”    But please note: Our stance on human sexuality is as counter-cultural in Africa as it is in the USA, only in different ways.  Jesus’ vision of marriage and sexuality (Matthew 19) contradicts both African practices of polygamy and U.S. practices of same sex marriage.  Our African brothers and sisters must wonder why we confuse cultural relevance with cultural accommodation.

As the religious left in the U.S. continues collapsing, United Methodists of the Global South seem to understand that United Methodist leadership will soon fall to them.  At the Central Conference Worship Service held during General Conference 2016, Rev. Jerry Kulah took up the theme, “Take the Child to Africa” in his sermon about the future of the UMC.  He received a standing ovation.

Many American Traditionalists seem to look forward to being a minority part of a majority African denomination.  As U.S. leadership in Mainline denominations has secularized, Traditionalists here have long looked to the Global South for help.  Help from bishops in the Global South was key in the formation of the Anglican Mission to the Americas which initially received dissident Episcopalians after biblical ministry standards collapsed.

African United Methodism is far from perfect.  Financial irregularities in conference offices have been documented and continue to be addressed by GCFA.  Out of wedlock births are rampant.  Clergy education systems cannot keep up with demands.  They deal with all the problems that accompany poverty.

And it is also important to note that Africans do not vote in lock step with U.S. political conservatism.  In a floor debate on church advocacy for universal Healthcare at GC2016, one African delegate rose to argue emphatically that access to healthcare is a basic human right.  The vote total seemed to indicate that Africans widely supported government mandated healthcare in the U.S.

World maps in American classrooms tend to show our nation as the center of the world.  Maybe things look different in the divine economy.  If there is a re-evangelization of secular Europe taking place, it is led by immigrants from the Global South.  Perhaps a new evangelization of America will be sparked, in part, by an African-dominant United Methodist Church whose leaders will call us away from our soft self-absorption and patiently shepherd us to keep the main thing the main thing.

3 thoughts on “The #NextMethodism will be Poor”