In Part One I made the case that all models put forth by the Council of Bishops from the Commission on a Way Forward create two churches.  The One Church Model, with or without an exit provision, will trigger the exodus of a significant traditionalist/global segment of the UMC.  The Connectional Conference Model creates three branches, but only two would actually form and the connection between them would be thin and grow thinner.  The Traditionalist Model, too, facilitates the exit of certain annual conferences, congregations, and clergy to a new connection.  In this post I attempt the quantify the organizational pain created by each model.

As people of the cross, Christians embrace the redemptive potential of suffering.  Jesus pronounced blessing upon those who experience various sorts of pain for righteousness sake (Matt. 5:10).  That is not the sort of pain I am talking about here.  I am referring to organizational stress that tends to sap energy better directed toward mission and ministry.  Way Forward proposals that maximize either the intensity or duration of our organizational stress will have a negative effect on our potential disciple-making.

Modelling the United Methodist Church relative to positions on human sexuality is a complex task.  If you accept the four basic categories of Progressive Incompatiblist, Progressive Compatiblist, Traditional Combatiblist, and Traditional Non-compatiblist, you might visualize the 6.95-million-member U.S. Church as a standard bell curve.  (I dispute some of the premises of that model here.)  Unlike other denominations that have liberalized their stance on human sexuality, we are not just an American body.  The UMC has over five and half million people outside the U.S. that swell the ranks of the traditionalist non-compatiblists.  The Way Forward Models realize this and aim to isolate change to the U.S.  But Africans and others might simply find themselves forced away from a UMC that abandons the traditional Christian understandings of marriage in its primary Discipline.

When you slice the U.S. church based on positions on human sexuality (as all Way Forward Models do), you create a zone of particular stress (shown in red below) for those churches and clergy who are confronted with a decision or change.  Where and how you slice matters.  If you segment the church based on whether congregations are going to keep the traditional stance of the UMC or leave the denomination, you shift the stress to the progressive side of the church.  If you draw the line at accepting a local option or leaving the UMC, you put the stress on the traditionalist side of the church.  It is human nature to want to  swing the stress away from ourselves and toward another.  But what is best for the mission?

The One Church Model

Absent an exit provision, the One Church Model will result in a new traditionalist Methodist denomination(s) not officially sanctioned by the Way Forward process.  This means acrimony, lawsuits, and hostility.  Another type of stress would be experienced by those who stay in a Local Option UMC.  The One Church plan pushes the contentious decision-making currently done at General Conference down to the annual conference and local church levels.  Stress and dysfunction are localized and potentially exacerbated as moderate congregations, clergy, and conferences are confronted with a decision the likes of which they have never been asked to make.  If our bishops think this is doing the local churches and annual conferences a favor, they need to reconsider.  Most United Methodists do not want the option created by the Local Option (more on this in a future post).

The One Church Model creates immediate and intense stress on the traditionalist side of the church.  If it is true that no exit ramp is included in the model, the church will be torn rather than cut.   The trust clause, the statement on the deed of every UM property that ties it to the denomination, will remain in force.  As with the Episcopal Church, lawsuits would begin as traditional Methodist congregations seek to enter a new connection.  Congregations with building debt can negotiate out very quickly.  Others will be forced into a legal battle… good for lawyers but bad for ministry.

For folks remaining in the UMC, they will be part of a denomination that is shifting in terms of ideology.  When traditionalists exit, there will be a slingshot effect as progressives immediately wield more power on divisive social issues like abortion, God language, gender theories, the Israeli/Palestinian conflict, etc.  There will, of course, be an intensified and lopsided crusade toward “full inclusion” of LGBTQI individuals in the UMC that will rage over the following decade until the entire UMC accepts the progressive position.

Ironically, the progressive side of our church is much more homogeneous than the traditionalist side in almost every measure: economics, age, race, education, and culture.  The bulk of the diversity in the UMC is on the traditionalist side.  The exiting Methodists would be comprised of high-churchers, low-churchers, Charismatics, Evangelicals, Institutionalists, Anti-institutionalists, Africans, Koreans, Filipinos, Eastern Europeans, and others.  Building a single church from traditionalist dissidents would be a formidable challenge.  Compare this with the Traditionalist Model below.  Progressives leaving the UMC are much more likely to simply clone the Discipline we have have now (structurally speaking) and experience less organizational disruption.

This plan is very egalitarian in that it requires every U.S. annual conference to enter into new relationships.  But it will quickly be apparent the choice is actually between two branches, not three.  The traditionalist branch can claim status quo while the Centrist Branch will quickly move to become more progressive.  This moves the dividing line much closer to the middle of the U.S. church.

Reorganization under the Connectional Conference Plan should be orderly as the methods are prescribed in a common Discipline.  But the stress will be fairly long in duration.  It will take up to two years to know whether the constitutional amendments have been ratified.  (Ratification is highly unlikely because Africa is not going support a plan that will allow Americans to redefine marriage. If it fails, then what?)  There is also a good deal of time needed to actually implement the plan.  Most moderate annual conferences will go through significant changes in geography and membership as stress is shifted to the middle.

We have practiced American United Methodism within regional jurisdictions since 1939.  The reorganization mandated in the Connectional Conference Plan would shake long-established power structures in key areas like episcopal elections.  As argued above, there would only be two remaining branches and it is likely that the official reorganization would be followed by more comprehensive divide.  The two connectional conferences would be heading in separate directions.

The plan that creates the least stress is actually the Traditionalist Model… especially if an orderly exit provision is included.  Those defying the Book of Discipline would have a choice to depart to do things their own way or to follow the guidelines set by our global church.  It puts the burden of change on the ones who are demanding change, which is fair.  There would be an initial departure of around 15-20% of the U.S. Church, I should think. 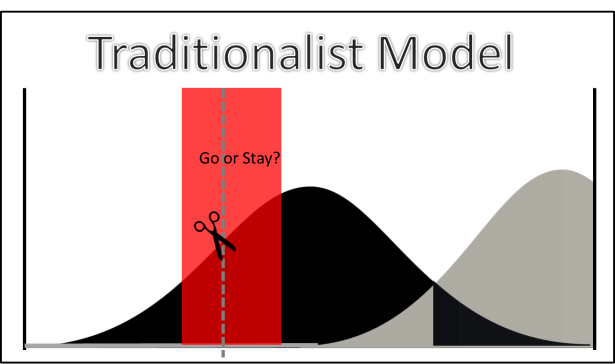 Many progressives view same-sex marriage as an inevitable feature of the march toward human progress.  They would argue that greater pain experienced now is worthwhile if we better prepare the church for the future.  We have yet to see, however, an example of a Mainline denomination that has better positioned themselves for expanded ministry by redefining marriage.  There are several examples in the U.S. among our sister denominations that all show accelerated decline.  Having a Progressive Methodist connection, however, will allow individual churches and clergy a place to go if they decide that same sex marriage is a necessary part of their ministry.  Most clergy trials would be replaced with transfers  and this would be a welcome change for all involved.

There would be some level of ongoing stress with the Traditionalist Model.  While the new Progressive Methodist Church would be homogeneous and well-aligned, its congregations and clergy leaving UMC conferences would experience the stress of new conference relationships.  The remaining UMC would inherit the long and arduous task of reforming a denomination in Western decline.  I would argue, however, that these stresses will be experienced even if the human sexuality crisis suddenly disappeared. Economist Don House has predicted that the UMC will go from 56 to 17 annual conferences by 2050 due to numeric decline.  This means that many conference mergers will happen regardless of what happens at GC2019.  The need for denominational reform will always be with us.

With the exit of the Progressives unwilling to support the Discipline, the United Methodist Church would become more traditionalist, and in interesting ways.  The remaining UMC would be majority African and the global influence of the church would be felt more profoundly.  Africans tend to be against same-sex marriage, but they are staunchly in support of universal healthcare, for example.  The new UMC traditionalism would have a unique global flavor (not unlike Roman Catholicism in some ways) and would not align neatly with American political conservatism.

The UMC should do what is right no matter the pain involved.  Our current crisis divides us over the very tools we use to determine the right.   Once we accept that each Way Forward proposal is actually a two-church solution, the remaining question is how orderly, orchestrated, and connected the solution will be.  With or without an exit provision, the One Church Plan actually creates the most stress with abundant opportunities for ongoing distraction from mission and ministry.  The Traditionalist Model, paired with a gracious and non-punitive exit provision, creates our best hope for a global, relevant, continuing, and reforming United Methodist Church.  It places the burden of change on those demanding it and gives birth to a Progressive Methodist Connection free to pursue its own path.  It also creates a unique global Methodism with the potential to offer a fresh voice in world Christianity.